How did Tim Peake become an Astronaut?

In 2008 the European Space Agency (ESA), put out an ad for six jobs as an Astronaut, for the first time since 1992 British people were allowed to apply. Across Europe and the UK over 8,000 people applied for the position.

If you want to become an Astronaut with ESA, have a look at their recruitment page on esa.int.

Did you know: Helen Sharman was the first British citizen in Space but she went up with the Russians, so is not classified as a British Astronaut. There have been other British born astronauts, but each changed citizenship in order to fly with NASA, these include: Michael Foale; Gregory Johnson; Piers Sellers; Nicholas Patrick; Richard Garriott and Mark Shuttleworth. Tim Peake is the first British ESA Astronaut backed by the UK government following the creation of the UK Space Agency (UKSA).

The UK Space Agency and BBC children’s show Blue Peter asked young people across the UK to come up with a mission patch (above) for Tim Peake’s mission. The choice was made for two good reasons, first due to the name Principia being the title of a book on mathematical principles written by Isaac Newton who is associated with Apple trees (York.ac.uk) and also because Tim Peake’s research is largely focused on health and the effects of microgravity (weightlessness), so there you have it, Tim Peake and Principia.

In 2009 Tim Peake was selected and started his training. This involved travelling to agencies around the world including the European Space Agency (ESA), the Russian Space agency (ROSCOSMOS), National Aeronautics and Space Administration in America (NASA) and others. His training included time in NEEMO (NASA Extreme Environment Mission Operation, see below) a base under the sea in Florida. While he was there he took the time to start promoting his mission to the ISS and doing live link interviews across the UK. This included a link up with the National Space centre (video on YouTube) where the public and students had opportunities to ask him questions. He also travelled to harsh environments to train for when he returns to Earth, learning winter survival skills (YouTube video). 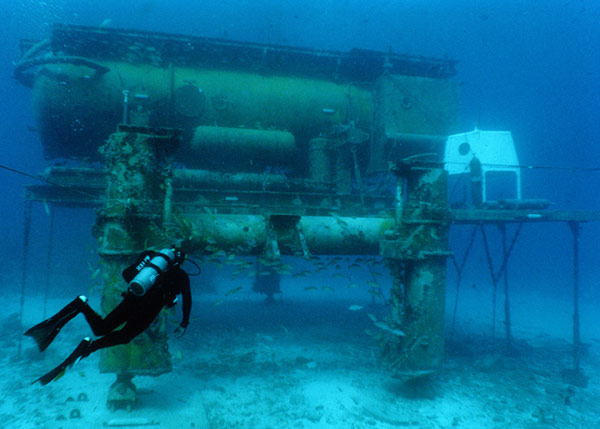 This is Ground Control to Major Tim; you’ve really made the grade

Tim Peake launched in December 2015 from the Baikonur Cosmodrome in Kazakhstan, the same launch site that Yuri Gagarin left the Earth to become the first human in Space.

He has continued to do outreach with the British Public: The Cosmic Classroom event at Liverpool World Museum on the 2nd of February 2016 (theguardian.com) and working with the UK Space Agency. He has continued to work with outreach programmes and promote the UK space community. He is very active on social media even on his days off. The crew of the International Space Station work very busy weeks so have the weekends to themselves. Follow Tim on Twitter @astro_timpeake

For more about Tim Peakes life, take a look on bbc.co.uk.