America and Russia have very different ways of building rockets

In America NASA’s VAB (Formerly Vertical Assembly Building, now Vehicle Assembly Building) rockets are assembled vertically, the benefits of this are that the rocket can be made lighter, as it only has to take off and not be lifted up by a crane. One negative of this is that the people working on the construction must do so at a great height as all the important parts of the rocket (its Payload) are in the nose at the top of the rocket. Additionally the rocket must travel vertically to the launch site, so a rig needs to be made to keep the rocket from falling over during transport. The payload however has very little stress on it and is less likely to be damaged before take-off.

Find out more on – nasa.gov | Have a go with this fun game – RocketScience101

In Russia rockets are assembled horizontally 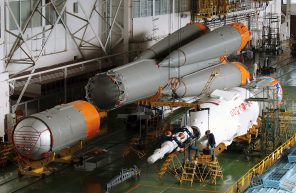 In Russia however they have always constructed their rockets horizontally and lifted them before launch. The benefits of being able to work close to the ground make it both easier and safer for those working on the rocket and its payload. Additionally it is much easier to transport a horizontal rocket to the launch site as it is very unlikely to topple.

However the forces exerted on the rocket during its lift from horizontal to vertical, ready for take-off, mean that the rocket needs to be very strong and so it will weigh more, this additional weight means that it will have less allowance for the payload and so limit how much stuff you can take with you into space.

The other drawback is that while the rocket may be strong the payload inside might not be, imagine transporting a box of eggs; it is easier to carry them vertically then horizontally and then tip them upright.

Find out more on –  russianspaceweb.com

There are many reasons to build a rocket vertically or horizontally but neither is perfect, which would you choose? Look out for our games and experiments coming soon that you can do, maybe you can build a crane like Lewis and Addison from Christchurch (below).

The arguments are still underway for many space missions, including ones being developed by ESA, find out about the future of Ariana rockets at spaceflightnow.com. 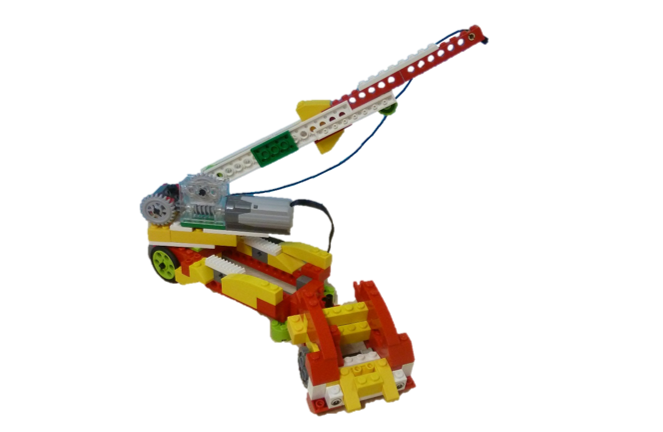 Previous ExoMars Takes Off
Next All SySTEMs Go Logo Competition