Each year South West Rhyl Communities First (SWRCF) has an award ceremony to recognise the achievement of individuals and organisations in South West Rhyl. These awards are something special due to the fact that the winners are chosen by the public and this year G2G Communities CIC was voted the best social enterprise of the year 2011 for the work it has done in the area with regard to helping people back in to employment and delivering quality education and training, focused on the needs of the people in South West Rhyl.

Moira Lockitt (MD) said We sponsored a SWRCF award for the best carer of the year and were there to present the award to the winner. It came as a real surprise that someone had put G2G Communities CIC forward for the best social enterprise of the year award and we are extremely delighted that the people of the area recognised what we are doing with regard to helping people back into employment and took the time to vote for us. Since starting in November 2010 the number of people accessing our training and resource has grown significantly and in September 2011 we are taking on another unit which will enable us to employ more staff and train even more people’ ‘We have also become a British Computer Society (BCS) Centre and can now offer a range of ECDL and other BCS courses, qualifications and testing. 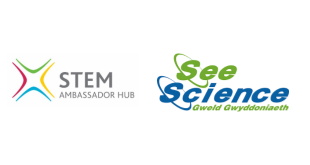 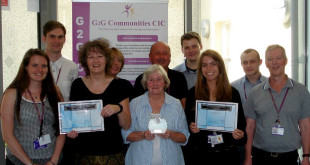 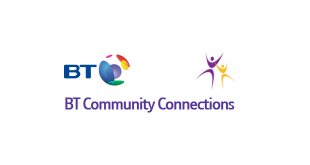 Winner of the BT Community Connections Plus Award 2012

Congratulations! We are delighted to inform you that your organisation has been selected to receive …

Half Term Lego workshops
Wednesday 2 November 10-11.45am
or 1.30-3.15pm
Booking is essential, click on the link below
g2gcommunities.org/t/conwy-family-life/ ... Read MoreRead Less

Nothing in Penmaenmawr this time?? My son loved the one in the summer.

G2G Communities is it only conwy?will you be doing Denbighshire anytime soon?